Have you made your weekend plans? How about solving a Murder Mystery? Celebrate Halloween along the Niagara Wine Trail, at the Hallowine Weekend. This year's murder mystery story is "Three Rings to the Wind" - A Circus Murder! Collect clues and interview a different suspect character at each participating winery to solve the murder mystery. Submit your guess at your last winery. The correct guesses will be entered in a drawing to win prizes. (You do not need to stop at every winery to submit your guess)
Here's a sneak peek of the mystery...

Uncle Dingaling has the Cheesiest show on earth. This circus travels from town to town, in the old tradition. It is unfortunate that the acts do not match the tradition. In fact, as the group made its annual trek to Aragain, a premier stop on their circuit, they were met with resistance from all quarters. The performers were only going through the motions. The townspeople were less than hospitable. Most egregious, best circus around, Dewey, Cheetum and Howe, were attempting a hostile takeover.
Opening night, with a very sparse crowd, was in full swing. Acts filled all three rings. The sideshows were waiting their turn. Buck Shott, the Human Cannonball was launched, landed in his net, but did not jump up to take his bow. To everyone?s horror, Buck Shott would fire no more. . . .
Who killed Buck Shott? A who's who of the suspect list:

Tickets are valid for all three days of the event and include a tasting of 3 wines at each participating winery, a commemorative wine glass from your starting winery, and information to solve the crime. Tickets are $30 in advance and $35 at the door. CLICK HERE to purchase tickets.

Tickets do not include transportation. The wine trail is self-guided. A valid photo ID with proof of age is required to participate in wine tastings. Please have your ID ready upon arrival.

Celebrate love over a scrumptious meal... and celebrate it all weekend with us! Join us for a romantic dinner your sweetheart will surely lo... 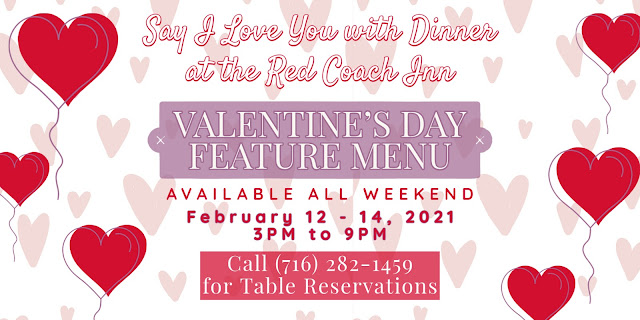