May 28th: Fall Out Boy at the Rapids Theater
Kiss 98.5 presents Fall Out Boy with special guest New Politics on May 28th at 7:00 pm. Fall Out Boy is an American rock band from Wilmette, Illinois formed in 2001. The band consists of vocalist/guitarist Patrick Stump, bassist Pete Wentz, guitarist Joe Trohman, and drummer Andy Hurley. The members originally played in local underground hardcore bands before forming Fall Out Boy. With Pete Wentz as the band's primary lyricist and Patrick Stump as the primary composer, Fall Out Boy broke out of the underground scene and reached mainstream success.

May 29th: Snowbirds Over the Falls
The Canadian Forces Snowbirds will be performing right over Niagara Falls. In this 25 minute show the Snow Birds Demonstration Team (431 Squadron) bring a thrilling performance to the North American public. Serving as Canadian ambassadors, the Snowbirds demonstrate the high level of professionalism, teamwork, excellence, discipline and dedication inherent in the women and men of the Royal Canadian Air Force and the Canadian Forces.


May 31st: Billy Currington at the Rapids Theater
The title of Billy Currington's new album, Enjoy Yourself, says it all. "That's what I was I want people to think about doing when they hear my music," the happy-go-lucky Georgia native says. "I want them to have a good time." And a good time is clearly what they're having. See Currington LIVE on May 31st at 8:00 pm at the Rapids Theater. For tickets CLICK HERE.

Pubfest 2013 will be an amazing musical festival held at Academy Park in the beautiful and historic Village of Lewiston, NY. The festival will kick off on May 31st and will run through June 2nd. There are 12 talented bands lined up, including The Trews and USS. The festival is FREE! You can purchase VIP tickets for the best possible experience. There will be several food vendors and many areas to purchase beer, wine or Mike's Hard lemonade. The event is for 21 and over only. For more information on Pubfest CLICK HERE.

Located at the Kenan Center Arena the 100 American Craftsmen Show is noted as one of the top favorite craft shows/festivals in New York State, and Buffalo Niagara's only, and longest-running show dedicated exclusively to contemporary craft art. The show features many fashions of art including leather, glass, metal, clay, wood, basketry, fiber, paper, and mixed media. In addition to the amazing show, visitors enjoy a full weekend of activity including live music, gourmet edibles, and much more!

June 1st: The Brass Ring Thing XIII Renaissance Festival
Travel back in time to "ye days of olde: at the Twelfth Annual Brass Ring Thing Renaissance Festival. Join knights, ladies, and the local community to celebrate the early origins of carrousels. Immerse yourself in history with weapons, demonstrations and tournaments, period songsters and storytellers, historic artisan demonstrations, themed crafts and games, vendors, food, contests, and so much more. The festival starts at 11:00 am and the castle closes at 6:00 pm at the Herschell Carrousel Factory Museum. 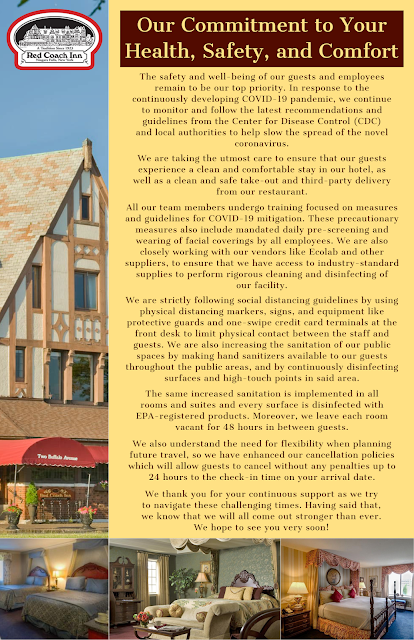